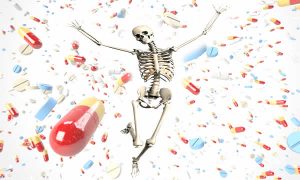 There are so many effective (non-pharmaceutical) treatments for rheumatoid (and osteo) arthritis, both old and new. In this post I would like to summarise a few of the most important of them in order to provide a useful starting point for anyone searching to find a cure for RA.

Although every case of RA and every person is different, any one (or combination) of these approaches may be very effective for you and are a great place to start your recovery. This is particularly true if you are in the early stages of your RA or if your disease is still fairly mild. (Always work with your healthcare provider when making dietary and lifestyle changes.)

If your rheumatoid arthritis is already more advanced or severe then please take a look at my previous posts: A Cure For Rheumatoid Arthritis – (A Combined Natural Approach) and: How to Avoid Rheumatoid Arthritis and Many Other Chronic Diseases (although the latter post discusses ‘avoidance’ the guidelines within it apply equally well to the long-term treatment and potential cure of RA).

Diet – The Most Important and Effective Treatment for Rheumatoid Arthritis

The correct diet can address many of the causes of rheumatoid arthritis and help to reverse the disease and heal much of the existing damage. However, the ‘correct’ diet is a hard one to define and will vary somewhat from person to person.

Personally I would recommend an organic (if possible) whole foods plant-based diet with a high percentage of raw salad greens and sprouts, some green smoothies and lots of prebiotic (fibre containing) and probiotic (fermented/cultured) foods. The cooked part of the diet would contain beans, root vegetables such as sweet potatoes, beetroot and carrots etc., along with greens such as broccoli, Brussels sprouts, cabbage and kale etc. These plus a few select ‘grains’ and seeds (quinoa, hemp, chia, buckwheat, amaranth) with the addition of some berries and other high antioxidant fruits (especially cherries, strawberries and blueberries) form an excellent rheumatoid arthritis recovery diet.

For rheumatoid arthritis and other autoimmune diseases a whole food plant-based diet forms the best foundation for prevention, treatment and potential reversal. However, for current rheumatoid arthritis sufferers this may not be enough by itself as it’s important to also remove foods that trigger inflammation and pain. Often it’s the food items that are removed from the diet rather than the foods which are included, that produce the most dramatic results. But I believe that overall success in achieving remission depends upon having a whole food plant-based diet as a base or starting point.

Here are a few things to consider when adopting an anti-inflammatory whole food plant-based diet in order to treat rheumatoid arthritis and other chronic diseases.

Leaky gut is associated with many autoimmune diseases and other chronic diseases which have an inflammatory component. It’s commonly stated that 80% of our immune system resides in our gut which is impressive and very surprising when you first come to learn this. However, there is much more to our gut than its immune system role including; digestion & nutrient absorption (of course), waste processing and removal, water conservation, rapid elimination of dangerous toxins and/or pathogens (diarrhoea and vomiting for example), destruction of parasites and pathogenic bacteria prior to any immune response, and much more.

It therefore becomes obvious that the gut plays the largest role in a person’s health and freedom from or susceptibility to chronic disease. Not only because it controls how we absorb our energy and nutrients from food but also because if its function is impaired, it directly compromises our immune system and facilitates the development of chronic diseases such as rheumatoid arthritis.

It’s imperative that we look after your gut if we wish to have long-term good health and freedom from chronic diseases. To do this we need to follow some basic guidelines as best we can, throughout our life. If you already suffer from a chronic disease then it becomes even more critical to adopt a lifestyle that incorporates these guidelines.

There’s been a lot written about omega-3 fatty acids especially regarding their role in the prevention of heart disease (not true by the way). However, my interest lies in their ability to reduce inflammation and improve the symptoms of rheumatoid arthritis. I’ve written about this subject before but I wanted to emphasise a couple of points for those wishing to incorporate omega-3s into their arthritis treatment plan.

First of all, it’s the balance or ratio of omega-3 to omega-6 fatty acids that’s important for good health and the improvement of rheumatoid arthritis symptoms. Achieving the correct balance somewhere in the range of 1:1 to 1:4 omega-3 to omega-6 should be the objective. Mega dosing with omega-3 rich fish oil is a bad idea not just because fish oil is rancid but also because the aim should be to reduce omega-6 intake relative to omega-3 and not to consume excessive omega-3 to achieve the same balance.

Pro-inflammatory (chronic disease forming) conditions commonly arise because of the extreme imbalance that exists in typical Western (industrialised) diets such as the Standard UK diet (SUK) and the Standard American Diet (SAD), i.e. excessive amounts of omega-6 fatty acids and very few sources of natural omega-3 fatty acids. Ratios as high as 1:50 omega-3 to omega-6 are seen these days with 1:20 being common. Some refined vegetable oils have an omega-3 to omega-6 ratio as high as 1:200 and these oils are commonly used in manufactured ‘food’ products such as confectionery, baked goods, ready meals and breakfast cereals etc.

Higher amounts of omega-3 may be useful or necessary to help correct years of imbalance and to reduce arthritis inflammation and pain but this would be a therapeutic measure not part of a long-term diet. The reason being that omega-3 is anti-inflammatory and high doses act as an immune suppressant not unlike NSAIDS but without most of the side effects. However, I have come to believe that the only way to cure rheumatoid arthritis is to improve the immune system and make it more effective and more selective. Therefore anything that suppresses it, no matter how natural and beneficial in terms of symptomatic relief, is not ideal in the long run.

The Antibiotic Protocol for Rheumatoid Arthritis

In terms of achieving long-term remission and/or cure this has proved effective for many people (although not a natural treatment it is relatively safe compared to mainstream DMARDS and NSAIDS etc.). In conjunction with the correct diet it can significantly improve symptoms within one to three months. It can sometimes lead to remission within six months to a year. I wanted to add the antibiotic protocol to this post to help increase awareness for other RA sufferers and to give a brief summary and a couple of links to further resources. It’s important to be aware though that this protocol will cause significant and potentially serious damage to the gut micro-biome leading to an imbalance or dysbiosis between friendly and pathogenic bacteria. This can be mitigated partially by taking probiotics alternately with the antibiotics and by following a whole food plant-based diet.

The Antibiotic Protocol or AP has been used for decades to help rheumatoid arthritis sufferers and I was finally convinced to give it a try myself a couple of months ago. I had a huge reduction in symptoms within about six weeks of starting and I was so excited by my progress until I developed some serious symptoms a few days ago. I suddenly had an increase in ‘floaters’ in my right eye and flashes of light in the outer corners of both eyes – it scared the pants of me – I thought it was a retinal tear or the beginning of retinal detachment but I now believe it to have been a rare side effect of Minocin (probably coupled with the zinc and vitamin C supplements I was taking at the same time), the antibiotic I was trialling. Suffice to say the AP is not without its side effects and this is something to research and be aware of if you decide to try the AP for yourself. Needless to say I cancelled the trial, it’s not for me!

The Antibiotic Protocol is a contradictory treatment for rheumatoid arthritis; on the one hand it disables many potentially RA causing bacteria and mycoplasma but at the same time (as I mentioned above) it has a negative effect on friendly gut flora which can worsen RA symptoms and could make leaky gut more likely.

The antibiotic protocol for rheumatoid arthritis was originally designed to disable and eliminate chronic mycoplasma infections (believed to be the cause of RA) but it has since been shown to also have a therapeutic (anti-inflammatory) effect on RA in its own right. Personally I believe there are several pathogenic infections that can lead to RA including streptococcus and P. gingivalis. Minocin and other tetracyclines can be very effective against many of these pathogens thus removing the cause or at least the chronic burden on the immune system. Although this can take some time (three months to three years) the anti-inflammatory effect of Minocin in particular, has provide some early symptomatic relief for many people.

Here are a couple of links to resources that may be of interest to you but remember the cautions that I outlined above in terms of side effects, gut micro-biome damage and leaky gut.

The Road Back Foundation

Treatment of Teeth Gum and Other Infections

A common source of rheumatoid arthritis causing pathogens is infected gums and teeth. As I mentioned in the previous section antibiotics can help to disable and remove these pathogens, but where possible it’s better to remove them at source. In my case a tooth/gum infection was a major contributor to my RA, please see my article My Rheumatoid Arthritis – I Finally Discovered its Original Cause

With this in mind I would urge anyone with RA (especially in the early stages) to have a thorough examination of their teeth and gums carried out by a biological or naturopathic dentist specialising in the identification and treatment of infections and the safe removal of mercury amalgams. Mercury is a separate but related issue which can also be a contributor to RA and I will talk about this more in a future post as this section is focused primarily on infections.

You may think that your teeth/gums are in good condition or your dentist may have indicated that they are, however infections are not always easy to detect as they can develop in between fillings and the cavity which they fill, also in root canals, and in pockets particularly where there is calculus. So it is important to find a dentist that would look for these hidden infections and who is also capable of treating them. I am currently searching for such a dentist in the UK to carry out work on my own teeth/gums for this purpose.

There are many more potential treatments for rheumatoid arthritis including other important lifestyle changes, however I believe the most important step is to adopt a whole food plant-based lifestyle, eliminate food triggers and sensitivities, and develop a healthy gut. All other treatments should be seen as additional or complimentary.