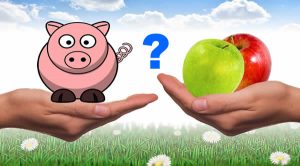 Are you confused yet? Why are there so many conflicting diets and lifestyles that appear to offer equally plausible solutions to the treatment and reversal of chronic diseases such as rheumatoid arthritis?

The answer is, you have to drill down into them and assess the strength of the science supporting them and the motivation, character, qualifications and clinical or scientific experience of those promoting them. In addition to this, it’s important to look at epidemiological evidence and clinical trials, especially long-term trials. People’s personal experiences/stories can also be helpful but again it’s important to question motives.

In this post I’ll provide a brief overview of these diets/lifestyles and an explanation of why I believe a whole food plant-based lifestyle is the best solution for rheumatoid arthritis sufferers and also sufferers of other chronic diseases, and for those who wish to prevent them in the first place. Everyone is free to make their own decisions and follow their own path but many people are looking for some guidance and having spent almost forty years researching and studying nutrition and lifestyle medicine and its impact on rheumatoid arthritis and other chronic diseases, I’m as certain as anyone can be that a whole food plant-based diet provides the basis of a successful treatment and recovery plan.

Before being able to determine the benefits and validity of any particular diet or lifestyle it’s important to clear up some of the vast amount of misunderstanding, mislabelling, confusion and fiction arising from each quarter, as follows. :-)

What Does it Mean to Be a Vegan?

A vegan is a person who has made a lifestyle choice to avoid as far as possible causing harm or suffering to animals, part of this choice is to avoid the consumption of animals and animal products. This is very important to understand because there is no ‘vegan diet’ and veganism is not a ‘dietary’ lifestyle it’s a moral/ethical lifestyle with a major dietary filter.

Vegans eat a wide variety of foods and do not ‘necessarily’ eat any healthier than the general population on the standard American diet (SAD) or the standard UK diet (SUK), the only universal characteristic of a vegan’s eating pattern is the avoidance of animal products. Many vegans eat junk food, some follow a (vegan) Keto diet, some follow a (vegan) Paleo diet, some are gluten-free, some are low-carb high-fat, but the more health-conscious follow a whole food plant-based diet/lifestyle. Vegans do gain substantial health benefits by avoiding disease-causing animal products but many of these benefits can be counteracted by consuming junk foods, refined oils and plant foods lacking in essential nutrients such as omega-3 fatty acids, zinc, selenium and iodine for example.

So in summary, a vegan lifestyle has the potential to be a healthy lifestyle and if it’s whole-food based it becomes the healthiest dietary lifestyle for the treatment and prevention of rheumatoid arthritis and other chronic diseases :-) Whole-food based vegan = maximum health benefits.

Once again, there is no ‘Paleo diet‘. There’s a Paleo ‘concept’ which has morphed into a generally recognisable dietary pattern, but this dietary pattern bears little resemblance to the diets of our ancestors which it is supposed to represent. The reasoning behind it, is the theory that if we adopt as closely as possible the diet of our distant ancestors encompassing approximately 2 1/2 million years of our development as a species, then this should provide the dietary lifestyle that is best suited to us both evolutionarily and genetically. Therefore it should be the healthiest diet.

There are several problems with this concept. First of all our ancestors during different stages of evolution survived on considerably different food groups depending on their environment, the season, the day-to-day climate, their distance from the equator, the local types of indigenous flora and fauna, interactions with neanderthals, pre and post-fire discovery and mastery, and many other factors. Depending on their circumstances our ancestors’ diets would have varied dramatically, so there can be no single ‘Paleo’ diet.

Secondly, until the development of agriculture our Paleo diets/lifestyles would have been driven and directed by our need to survive and reproduce and not by our desire to live a long and healthy life. Today, science has shown us that the healthiest eating pattern for modern humans is whole food plant-based. Therefore, a reproduction of a non-existent common Paleo feeding pattern based heavily on meat and saturated fat is not a healthy diet and lifestyle for the prevention and treatment of rheumatoid arthritis and other chronic diseases.

Finally an actual diet :-) A ketogenic diet aims to create a state within the body where energy is obtained primarily from fat and not carbohydrates.

Throughout our evolution, humans and pre-humans would have experienced periods of food shortage or scarcity. Having obtained a meal on a particular day, as they continued travelling and foraging it might have been several days before they came across another substantial food source. During those short periods they would have had to survive firstly on their glycogen reserves and then on their bodily fat reserves i.e. short ketogenic energy production/reliance periods.

These short term periods of fat-for-energy dependency provided certain advantages for our ancestors including weight control (important for long distance foraging and opportunistic hunting), appetite suppression (useful since you don’t know exactly when the next meal will arrive), and enhanced mental focus (important when searching for and identifying safe and nutritious food sources). However, our ancestors had no desire to remain in ketosis for long periods of time, their aim would have been to replenish their glycogen stores and build up a moderate amount of body fat to sustain them through the next few days in case of further food scarcity.

As with the Paleo ‘diet’, for modern humans science has demonstrated that a ketogenic diet is not ideal for long-term human health. This is partly due to the disease promoting effects of saturated animal fats particularly in high volumes, and also the cancer promoting and kidney damaging effects of high amounts of animal protein.

In conclusion, a ketogenic diet may have some useful short-term therapeutic uses but it is not the best diet for the prevention and treatment of rheumatoid arthritis and other chronic diseases.

A whole food plant-based lifestyle is not necessarily vegan, however to be successful (as in the case of the ‘Blue Zones’) it should be at least 90 to 95% plant-based, although 100% is preferable and the most effective for the prevention and treatment of RA.

And so, the majority of ‘diets’ that are currently promoted for disease prevention and treatment are not actually diets :-) they are either lifestyles or concepts and this includes whole food plant-based. There are of course dozens of actual diets such as Atkins, South Beach, high-fat low-carb, carnivore, Dash and so on, but in order to prevent and treat chronic diseases such as rheumatoid arthritis the only truly effective solution is to adopt a health promoting lifestyle. Currently the majority of the (high-quality) science suggests and demonstrates that a whole food plant-based lifestyle is the most beneficial for human health and disease prevention.