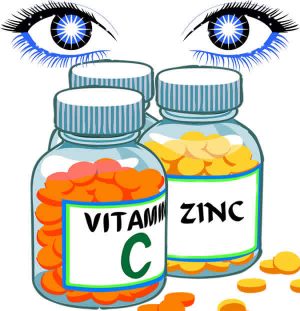 The side-effects I’m referring to are eye floaters and eye flashes which are both extremely serious and debilitating. The primary concern is that they are indicative of retinal injury or detachment and need to be investigated by a doctor immediately (if you have these symptoms go to the hospital). However, these symptoms can also be caused by damage to the eye’s vitreous gel or by posterior vitreous detachment PVD which is much less serious but still extremely debilitating and frightening.

I’ve used vitamin C (ascorbic acid) supplements for many years and I used to think of them as extremely beneficial particularly when I had a cold or had flu, and also potentially useful for my rheumatoid arthritis. I first became aware of vitamins C’s potential benefits many decades ago when I read about the work of Linus Pauling and Dr. Klenner. Vitamin C is basically a universal antibiotic and the immune system can’t function without it. There’s no doubt in my mind that Vitamin C is beneficial in the treatment of many diseases and conditions and can even save lives when used intravenously in critically ill patients. However, vitamin C has well-recognised but relatively minor side-effects and I believe one potentially very serious (but lesser known) side-effect which I’ll discuss below.

I’d never had a problem with vitamin C or zinc supplements until early last year when I was taking them to support a trial of the Antibiotic Protocol for rheumatoid arthritis using Minocin. A few weeks into the protocol I suddenly began to have eye floaters and severe flashes and I was extremely frightened, I explained more about it and the protocol itself in an earlier post: Effective Treatments to Help Reverse Rheumatoid Arthritis. At the time I couldn’t be sure if it was the vitamin C and zinc or the antibiotic that had caused the problem or a combination of the three, however when I stopped using all three the flashes gradually went away and eventually so did the floaters. So at the time I was suspicious primarily of the zinc (because the dose was reasonably high) and the antibiotic, I didn’t really suspect the vitamin C as I’d used it hundreds of times in the past.

After visiting A&E at the hospital and then a private optometrist and confirming that it wasn’t a more serious retinal problem and was in fact PVD, I started to research floaters and flashes online and began to understand the problem and found many possible solutions and some potential causes. During my research I came across an article written by Michael Woods, the article was titled: “Vitamin C Suspected As Peril To Eyesight“. The article describes research done by Dr Ben C Lane who discovered a possible link between excessive vitamin C intake (as a supplement) and changes in the vitreous gel of the eye. He also implicated high levels of zinc and vanadium; chicken and fish are rich in vanadium for example. So naturally I was concerned by this, particularly the possible link to vitamin C and zinc. I did further research on Dr Lane and found that he seemed to be an experienced and well-qualified optometrist – he has six degrees!

Since then I’ve been concentrating on other methods to try to cure my arthritis and repair the damage. The most important of these was the adoption of a fully whole food plant-based diet free of added oil and fat. I was so grateful that the flashes and the floaters subsided and disappeared and I’ve been reducing and eliminating all kinds of supplements since then. Now I’m just taking B12 and vitamin D3.

A couple of months ago my wife and I both had a cold and my wife took vitamin C and zinc supplements to help  fight her cold. She was taking around 6g of vitamin C throughout the day and a highly absorbable form of zinc supplement. A few days later she developed a large floater in her left eye and after seeing an eye specialist at the hospital it was confirmed to be the same kind of vitreous gel damage that had occurred with me at the beginning of last year. Obviously she stopped taking the vitamin C and zinc supplements immediately.

This has convinced me that a certain dose of vitamin C as ascorbic acid combined with a zinc supplement can cause serious damage to the eye’s vitreous gel and even potentially to the retina itself. Although this probably won’t happen to the vast majority of people taking vitamin C and zinc supplements, everyone should be aware of this potentially very serious side-effect. I certainly wasn’t aware of it until last year and it’s rarely mentioned anywhere online but I think it’s something that should be taken very seriously by anyone who’s taking vitamin C and/or zinc supplements currently or anyone who’s thinking of taking them. I suspect that the potential for damage is related to the dose and the length of time used, and also whether zinc and vitamin C are used together. The person’s vanadium intake may also have a bearing on this.

When used in therapeutic doses, many vitamins, minerals and other supplements can act in the same way as mainstream drugs in that they override or affect the balance of your body’s natural systems, for example by suppressing inflammatory cytokines or enhancing the free radical production of neutrophils. However, just like drugs, this process can have side effects.

It’s interesting to note that many supplement manufacturers are now owned by large drug companies. I’ve been suspicious of supplements for some time now, I can’t say that I’ve ever received any benefit from the majority of them but several of them did cause side-effects. There are a very few exceptions such as B12, vitamin D3 (when necessary) and DHA for those that don’t consume enough omega-3 in their regular diet. Short-term use of zinc carnosine (low-dose) can help to heal leaky gut and you can research this online and find plenty of science-based information as well as anecdotes from people who’ve used it. But I would suggest avoiding vitamin C supplementation at the same time, if you’re thinking of trying it.

Some time ago I decided that I would obtain all the nutrition that I need from my diet, specifically my whole food plant-based diet. The therapeutic benefits I’ve received from my plant-based diet are far more powerful than any supplement or combination of supplements that I’ve tried in the past. This in combination with sleep, exercise and sunshine form the basis of my current rheumatoid arthritis treatment.