I decided to write this post because I’ve lost count of the number of conversations I’ve had with friends and other people, where I’ve attempted to describe what it really means to have rheumatoid arthritis.

Here are just a few examples of the genuine comments and questions to which I’ve responded over the years:

What It Means to Have Rheumatoid Arthritis – From the Sufferers Point of View. 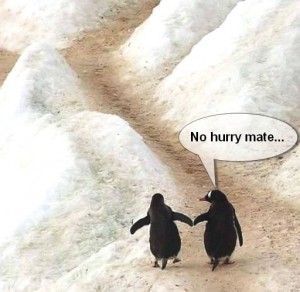 It was very frustrating for me (and I’m sure it is the same for many other sufferers) to have an disease about which, most people didn’t have a clue. Yes, I admit, there were many times when I wanted some sympathy… I wanted people to understand how difficult it was for me to carry out even the most simple tasks, which they took for granted. However, mostly I just wanted people to understand why I couldn’t shake hands with them or follow them, when they ran across a busy road for example. So many occasions where I had to explain myself, my reactions or my limits.

Please note in my experience (and speaking for myself), RA sufferers generally put a brave face on their illness and don’t show the true extent of the pain and difficulty they face. Also, for good reason, they often try to be cheerful and maintain a positive attitude. This is partly because they don’t want to impose upon or disturb the people around them, but in truth, it is mainly because they don’t want to become separated or isolated from social situations, or to be seen less capable in a working environment, or even at home.

Another important thing to mention is that people have different relationships with rheumatoid arthritis. A person who elects to follow an aggressive drug regimen will often manage quite well with RA and may appear to be quite normal, and again this is one of the reasons, I think, why many people misunderstand the true seriousness of rheumatoid arthritis, since they often see sufferers apparently acting quite normally. However, taking effective RA medication carries a heavy price in terms of side-effects.

So for anyone who would like to know how their rheumatoid arthritis suffering friend, relative, colleague, neighbour or acquaintance is really feeling, here is a list in which I’ve tried to describe the impact of RA and the limitations it imposes.

What Is Rheumatoid Arthritis and What Are Its Effects?

I want to finish on a positive note because the above list paints a depressing picture of rheumatoid arthritis, even though it is often an accurate one. The point is; remove the cause of RA and you remove all of the above effects and all the negative consequences. The pain disappears, the inflammation fades away, your freedom returns, your self-confidence grows, you begin to enjoy life again and look forward to tomorrow.

My advice is simple, if you know someone with rheumatoid arthritis encourage them to try to find the cause of their disease (infection, leaky gut, food intolerance etc.) and in the meantime, encourage them to improve their diet and seek out the best medical treatment possible, by which I mean the most skillful, up to date and least damaging.