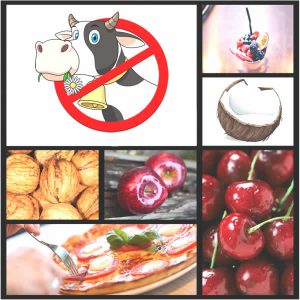 To begin with, there is no vegan ‘diet’ as such. A vegan adopts an ethical stance against the exploitation, misuse, torture, and murder of animals; seeking as far as possible to avoid causing harm either directly or indirectly to those animals. Consequently vegans avoid the consumption of all animal derived foods. However this doesn’t constitute a ‘diet’, rather it is the elimination of a category of foods.

A vegan may choose to eat a junk food diet, high-fat diet, low-carb diet, one meal a day diet or a whole food plant-based diet; there is no specific diet for all vegans. However, having made an ethical lifestyle choice for the benefit of animals and the environment, the ideal choice for a vegan in terms of health would be a whole food plant-based diet.

By definition vegans have to eat 100% plant derived foods but this is not specific enough to be classed as a ‘diet’. As I mentioned above, within this overall category there are many diets to choose from, that’s why the term ‘vegan diet’ can’t be used to describe the diets of all vegans.

A plant-based diet is simply a diet where the majority of foods are derived from plants i.e. the base of the diet is plant foods.

A whole food plant-based diet is a diet where the majority of foods are derived from ‘whole’ plants i.e. the base of the diet is ‘whole’ plant foods. This is by far the healthiest diet to adopt whether for health reasons or for ethical reasons, or both.

I think it’s important not to confuse a plant-based diet with veganism. Veganism is an ethical lifestyle choice but vegan dietary choices can still be unhealthy. Likewise, a plant-based diet is not necessarily healthy or 100% ethical.

The only true ‘diet’ that successfully combines the two, is a 100% whole food plant-based diet which is not only the healthiest diet but is also ethical and compatible with veganism. A win for the environment, the animals, and for human health :-)