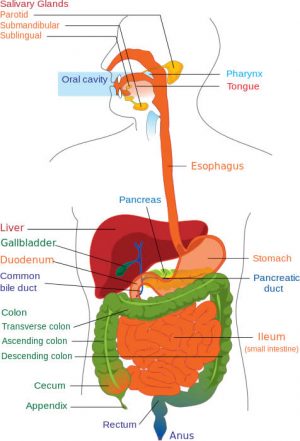 It’s been a couple of years or so since I returned from Turkey where I learned about my tooth infection and how it was an important contributor to the early and ongoing development of my Rheumatoid Arthritis. Since then I’ve been very ill and had a long period where I was unable to stand, let alone walk. During that time I carried on researching as best I could and tried a whole host of potential remedies and diet modifications. I hope to be able to write about all these as time permits.

The main thing I’ve learned and accepted over the last couple of years is the critical role that my gut health has played in making me susceptible to RA.

I am now recovering slowly after a long soul destroying period during which I was mostly confined to bed and at one point, was unable to leave the house for almost a year. During my time in Turkey my tooth infection and systemic ‘sepsis’ was heavily treated with multiple powerful antibiotics which were essential at the time, however I have since paid a heavy price for that treatment. Whilst the treatment brought the infection under control and allowed me to travel back to the UK, I was unaware at the time, of the damage that had been done to my gut and to the balance of friendly bacteria therein.

Just a few weeks after returning to the UK I began to worsen and my usual anti-arthritis diet failed to help this time. It was the beginning of a long period where I began to doubt that I would ever be able to recover. Initially I was so optimistic because of discovering such a major trigger and contributor to my RA only to be flattened by the rapid deterioration of my health due (I later realised) to the damage caused by the antibiotics.

I quickly found a dentist locally and arranged to have the remainder of the infected tooth removed, hoping that the infection was still under control enough to allow the procedure. I was terrified (I am extremely afraid of dentists after several childhood traumas) but with the help of my wife I was able to get through it. The tooth was removed and I arranged to go back for further treatments. As it happened, a few weeks later I became so ill that I was unable to attend any further appointments. It was at that time, that I became confined to bed and was unable to walk. Also, after some months, my weight dropped from 72Kg to 50Kg.

Ever the optimist, I was determined that it would be temporary and that I would heal myself and bounce back in no time :-) Unfortunately it’s taken 2 years to get back to a position where I can now walk around the house, make meals, take a bath and use the toilet etc. To achieve this I undertook massive research, I studied continuously, experimented endlessly, spent a fortune on natural treatments and diet, and gradually understood that my poor gut health was the main cause of my relapse (I’m sure that my gut was already compromised by my long term tooth & systemic infection) due to the destruction of beneficial bacteria by the antibiotic treatment. I also came to believe that this, in combination with high dose NSAIDS I was given at the time, led to intestinal permeability (leaky gut).

I am now improving and gaining weight again and have developed an entirely new eating strategy. I have recently been able to start exercising again and am sleeping better. My wife supported me throughout this period and without her help I would not have survived. I was going to wait until I had recovered further before restarting my blog, but I have learned so much about this disease in the last couple of years over and above my existing 33 years’ experience with RA, and I want to start getting this information out to other RA sufferers as soon as possible.

I will try to summarise and encapsulate my recent experience and findings in a series of posts to follow; however, the strongest advice I can give to RA sufferers is to heal your gut! Your gut is the best friend you will ever have, treat it with respect, look after it, think carefully about everything that you eat and drink including medicine. Only use antibiotics when they are absolutely essential, if you smoke – stop, if you drink alcohol – reduce the amount. Stop eating all junk, processed and fast food (and drink) immediately! I know it’s extremely difficult to achieve these changes but I promise you; it’s easier than being completely crippled – unable to walk or even move, and losing your freedom, confidence, self-esteem, hope and future… Pain is not the worst aspect of RA – hopelessness is the real killer.

Initially, eliminate all dairy and all gluten containing foods such as wheat and oats. Also remove meat and other animal products for the time being except for fish and omega 3 fish oils.  I will elaborate on what I believe to be the best diet for gut health in more depth in future posts, but for now the above list is a great start if you have active rheumatoid arthritis. Eventually, once your gut has healed and your symptoms have reduced or hopefully disappeared, other foods can be introduced or reintroduced gradually and carefully over time.

Another key aspect of improving gut health is the removal of intestinal parasites (in fact parasites should be removed from the body as a whole) and I will cover this thoroughly in a later post. In the meantime include plenty of garlic, onions and pumpkin seeds in your diet.

If you have rheumatoid arthritis, your gut reaction is definitely playing a role in your disease; to what extent will depend on your background, medication, current and historical diet, oral health, stress levels and sleep etc. One thing is for sure; improving your gut health will improve your RA symptoms.